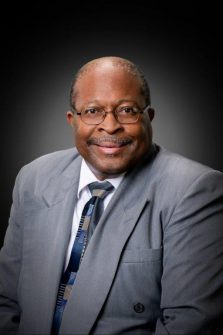 Dr. Ruffin has more than 40 years’ experience in the field of fiber optics, microelectromechanical systems (MEMS), and nanotechnology.  He has served as a senior scientist in advanced technology for MJLM, where he provides technical leadership and guidance for research and development projects since April 2015.  He utilizes his invaluable technical knowledge-base, leadership skills, and Government/Academic relations in the miniature sensors technology arena to strategically increase MJLM’s footprint in research and development.

Prior to his current position, Dr. Ruffin served as the Army’s Senior Research Scientist (ST) for Micro Sensors and Systems at the Aviation and Missile Research, Development, and Engineering Center (AMRDEC).  He provided technical leadership and direction for research and development programs to achieve improvements in system performance over military environments, reduction in weapons components size and cost, and enhanced reliability.  He interacted with international scientists via serving as a conference chair, program committee chair, and session chair at international conferences and symposia.  He served as the Army Small Business Innovation Research (SBIR) Program Technical Area Chief (TAC) for the Simulation and Modeling for Acquisition, Requirements, and Training (SMART) Area.  He is the author/co-author of more than 180 papers (published in refereed or conference journals) and 8 Book Chapters, and a Co-Editor of 1 Book.  Dr. Ruffin has served as an Adjunct Professor in the Physics Department at AAMU since 1979.

Dr. Ruffin is a nationally recognized authority and leader in the field of fiber optics, MEMS, and Nanotechnology as evidenced by honors, citations, and prestigious awards received from major national organizations for his accomplishments.  He has been recognized with the Army Research and Development Achievement Award, the National Society of Black Engineers (NSBE) Technologist of the Year Award, the United Negro College Fund Educator Award, the Top Ten Army Materiel Command Personnel of the Year Award, the Material Acquisition/Technology Award. In addition, Dr. Ruffin received the Black Engineer of the Year STEM Minorities in Research Science Professional Achievement Emerald Award, the Presidential Meritorious Rank Award, the Department of the Army Decoration for Exceptional Civilian Service Award, and the Department of the Army Commander’s Award for Civilian Service.  He has received 10 US Patent Awards and 1 Canadian Patent Award.

Dr. Ruffin has maintained active membership in professional and scientific societies including: the International Society for Optical Engineering (SPIE), the Optical Society of America (OSA), the Institute of Navigation (ION), the National Society of Black Engineers (NSBE), and the Association of the United States Army (AUSA) since 1988.  In 2005, he was promoted to the distinction of Fellow of SPIE International Society for Optical Engineering. Dr. Ruffin earned a Bachelor of Science degree in Physics from Alabama A&M University and Master of Science and Doctorate of Philosophy degrees in Physics from the University of Alabama in Huntsville.